THE fORGOTTEN MISSION BY THE MUSLIMS

This noble blog is dynamic and versatile, created purposely to enhance the development of Islamic political thought and activism in the minds of the students and the general public


THE FORGOTTEN MISSION BY THE MUSLIMS

THE FORGOTTEN MISSION BY THE MUSLIMS

The truth is one and single while falseness are many and varied. In fact, we have forgotten our mission on this earth. Even though we are Muslims and we do obey Allah as possible as we can that does not mean we are not sinful or betrayers of His commands and prohibitions. In fact, in this era we are lost from the very moment when we betrayed and undermined the trustee of Allah given to us. However, we are not the same in this betrayal because Allah knows those who were overpowered to establish His Laws and those who willingly suppress it. I only generalize our sins just in order to express the high limit of errors that most of our leaders committed by failing to apply Allah’s law in their own states.

We ought to know that there are some basic responsibilities which we failed to fulfill them yet. We are the chosen servants of Allah to be His proxy on this earth and we are entrusted with certain tasks and responsibilities but yet we neglect them. We failed to fulfill some basic commands of Allah prescribed for us in the Qur’an. In such commands, Allah places the secret of Muslims divine power to rule the world; in it Allah places the ingredient of Muslims social, political economic and military independence; in it Allah places his blessings on Muslim social and political life. But, yet we are not daring to take heed and notice of them.

In my long discreet journey in the Qur’an with avidity to know the main cause of Muslims problems and the possible solutions to be provided I have came across some basic missions which we have forgotten. Thus, we forgot our mission on this earth- the reason why we are deposed from the leadership of the world and reduced to plight of poverty and political malaises by Western tyrannies. My observation on this issue can be presented thus:

1. Muslims are the Guidance and Counselors for the Humanity

The mission of Muslim Ummah on this earth after they were entrusted with the task of vicegrency is to be the leading guardians and counselors to all humanity in general however we forgot this mission. Allah says:

These two verses are succinctly indicating the position of Muslim Ummah among the world nations and societies as such they are placed in the highest level of leadership in matters of legal and common laws, social moralities, values and decencies. According to the verses, the fact that Muslims shall be the witness among the nations implies that they should be the founders of universal international laws and courts of justice; they should be the chief designers of international relation policies; they should be the prosecutors of human socio-political life. And finally, they shall be those who can legislate and enforce Allah’s laws and orders on this earth for the whole humanity. These are some of the important implications of the above verses.
But unfortunately, Muslims forgot this mission while the Western powers who are the agents of Satan adopted it. They are now legislate, command and prohibit not only for their infidel brothers but also for the Muslim Ummah. May Allah show us the right path.

2. Muslims Shall be The Leaders of Their World Nations

The second forgotten mission by the Muslims is that they were asked to reconcile, maintain and retain their brotherhood of Islam and to rule, manage, supervise and undertake the leadership of their societies and nations independently. Allah says:

“Believers are but a single brotherhood; so make peace and reconciliations (conflict resolution) between your brotherhoods; and fear Allah that you may be granted of (his) mercy”. (Hujrat:10).

“If two parties of believers fought with each other (or fall into quarrel) you (as leaders) shall reconcile them. If one party aggresses against the other you shall fight (by enforcing pressure or military force) the aggressing party until they submits to the will of Allah; but if they obey (from onset) you shall reconcile between them with justice, and be fair, for Allah loves those who are fair” (Hujrat:9).


These two quoted verses instruct the believers to apply any legitimate means that may serve for their independent global existence without any external intervention from their enemies or else. All peace treaties, conflict resolutions, socio-economic policies development, international relation policies and all other aspect of political life should be done and adopted within the Ummah itself whose sovereign source of law and legislator is Allah, the most High. Then, question may arise here as to what extent can we execute this forgotten mission? The answer to this question would be the main rationale behind the creation of Islamic United Nations (IUN) which I have presented else where in my book. The need of independent existence of Muslim global unity and leadership will be known from the first quoted verse (Hujrat:10), while the need of Muslim global peace treaties and conflict resolution among theirs various societies and others which also requires them to have an independent military and security organization will be known from the second quoted verse (Hujrat:9).

But, unfortunately this mission is also forgotten by the Muslim Ummah while the Westerns adopted it by establishing their secular UN activities which impose ungodly laws not only upon their infidel brothers but also upon the Muslim Ummah to obey. Muslim leaders have made a grave sin for their failure to execute this mission. May Allah grant us with true Islamic Muslim leaders.

3, Muslims shall be the Chief Judges and Prosecutors on Earth

This is the second mission which the Muslims have forgotten to undertake. It is the mission entrusted to them by Allah to be establishers of justice, fairness, equality and equity on earth in legal and common laws, and all dimensions of life affairs. Allah says:

“Oh you, who believed, stick firmly to Allah as witnesses to justice (i.e establishers of justice and equity on earth) and don’t be provoked by hatred of other people against you (e.g Western power) to swerve from Justice; you shall absolutely do just; for it is closer to righteousness…..” (Ma’idah:8)

“Oh you, who believed, you shall be absolute establishers of justice as witness to Allah even as against yourselves, or your parents, or your relatives; whether the (accused) is rich or poor Allah takes care of both; don’t follow your personal desires to swerve from justice; but if you distort or deviate (from justice) verily Allah is fully cognizant of everything you do”. (Nisa’i:135).
These two quoted verses are very important in case of inter-personal, inter-community and international legal and common matters. It is not absurd or irrational to extract from the verses the need of the generation of International court of Justice and court of Appeal by the Muslim Ummah which can represent and serve the needs of Muslim Ummah in particular and humanity at large. This is what Allah wills the Muslims to do as far as their national and international socio-political relationship is concerned. In the light of these verses, Muslims are invited to be the leading establishers of justice and equity on earth. They are cautioned to dispose of any act of bias, injustice and impartiality. They are invited to serve as lawyers and prosecutors of oppressed and inferior individual, group, community or society. They are also strongly and emphatically cautioned not to be influenced by any external provocation and intervention which may tempt them to injustice. Unfortunately this is really what is happening now; we are under the total control of Western power and our leaders are afraid of them a lot to the extent that they either overtly or covertly signed a treaty with such Western leaders that Islam must not be established on earth in its totality but partially. Our accused or guilty Muslims have been sending to secular international court; they are being tried, tortured and convicted unjustly under secular man-made laws that are against the laws of Allah.
at May 05, 2009

The confused man can no longer be at ease. 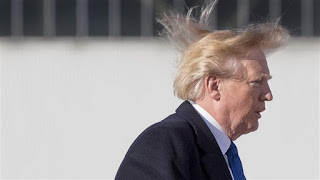